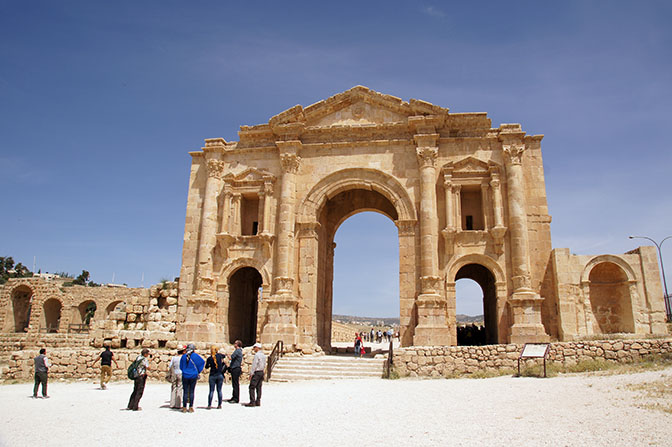 The Arch of Hadrian on the way between Philadelphia (Amman) and Gerasa (Jerash), 2016