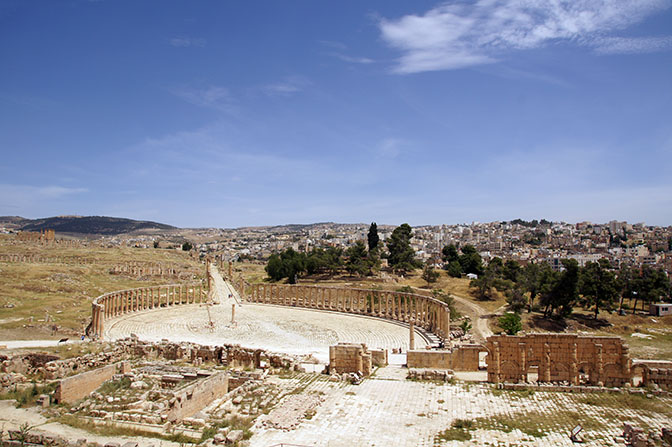 The oval Forum and Cardo Maximus of the Roman city, 2016