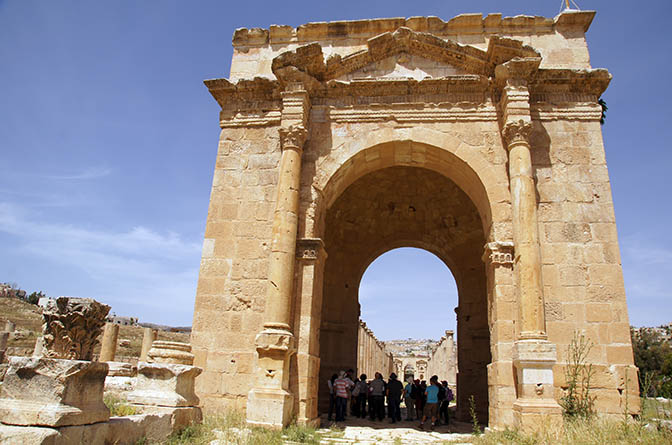 The Northern Tetrapylon, a Greek monumental gateway, at the intersection of the Cardo and the north Decumanus, 2016