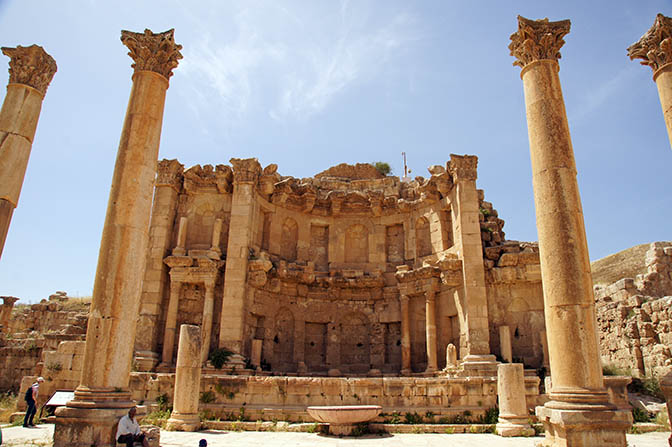 The Roman nymphaeum in the Cardo Maximus, 2016